Blog
Home 2019 August 10 Blog Launch of the reports on the Role of Young People in Preventing Violent Extremism in the Lake Chad Basin, and the Independent Progress Study on Youth, Peace and Security

Launch of the reports on the Role of Young People in Preventing Violent Extremism in the Lake Chad Basin, and the Independent Progress Study on Youth, Peace and Security

The Centre for Sustainable Development and Education in Africa (CSDEA) in collaboration with the Institute for Peace and Conflict Resolution, Federal Ministry of Foreign Affairs, with support from the Global Civil Society for Peacebuilding and Statebuilding (CSPPS) and the European Union held a launch event to publicly present the reports of the Independent Progress Study on Youth, Peace and Security, and the Role of Young People in Preventing Violent Extremism in the Lake Chad Basin on the 22nd of March, 2019 in Abuja, Nigeria.

Both reports launched brought to the fore the positive roles both girls and boys play, and their achievements in bringing about sustainable peace in Nigeria and globally. The Global Study report in particular demonstrated how over 1.8 billion youth globally who have been mostly excluded from peacebuilding and development processes, are the missing peace if their resilience is tapped into and promoted.

Furthermore the event demonstrated how the reports are part of the initial efforts at implementing the United Nations Security Council Resolution (UNSCR) 2250 on Youth, Peace, and security, and how it is also linked to the International Dialogue for Peacebuilding and Statebuilding (IDPS) and its New Deal for engagement in conflict affected states, including the attainment of the SDGs in Nigeria.

The launch was attended by members of the Working Group on UNSCR 2250, members of the IDPS/New Deal Steering Committee, The Director General of the IPCR – Dr. Bakut Tswah Bakut,

The Chairman of Independent Corrupt Practices and Offences Commission (ICPC) Chairman – Professor Bolaji Owasanoye who was represented by Honourable Hannatu Mohammed, a board member (Youth) of ICPC, the Executive Director of the Centre for Sustainable Development and Education in Africa and CSPPS Representative for Nigeria – Theophilus Ekpon and the Chief of Army Staff who was represented by Brigadier General Omoigui among others. Several civil society organizations, development partners, and government ministries and agencies including the Ministry of Youth and Sports, and the Ministry of Niger Delta were also represented.

In his opening remarks, Andy Nkemneme of the IPCR said that in order to effectively understand the role youth play in peace-building and security, “the UNSCR 2250 on Youth, Peace and Security which was passed in December 2015 requests the Secretary-General to carry out Independent Progress Study to recommend effective responses at the local, national and international levels”. He further stated that in order to contribute to the progress study, the Civil Society Platform for Peacebuilding and Statebuilding in collaboration with the Centre for Sustainable Development and Education in Africa commissioned a study titled “the Role of Young People in Preventing Violent Extremism in the Lake Chad Basin” to conduct field studies in Cameroun, Chad, Niger and Nigeria to document the role of youth-led and youth-focused conflict and extremism prevention approaches that promote peace-building.

In his welcome address, the Director General of the Institute for Peace and Conflict Resolution (IPCR) Dr. Bakut Tswah Bakut described how the IPCR and the Ministry of Foreign Affairs have been collaborating with CSDEA and other stakeholders over the years to ensure that Nigeria becomes an official member of the IDPS and how the youth agenda and especially the launch of the reports will further strengthen that collaboration as the UNSCR 2250 is a key focus of the IDPS/New Deal implementation plan. He further assured participants that as an organization established by government to facilitate peace and resolve conflicts, IPCR would continue to be at the forefront of synergies for dialogues and especially in the context of achieving the Sustainable Development Goal (SDG) 16. He commended President Muhammadu Buhari for providing the enabling environment for dealing with insurgency and all forms of violent extremism in the Lake Chad Basin.

The Chairman of the occasion, Independent Corrupt Practices and Offences Commission (ICPC) Chairman, Professor Bolaji Owasanoye, represented by Honourable Hannatu Mohammed, a board member (Youth) of ICPC, commended the organizers and stakeholders for showing commitment to the prevention of violent extremism with a special focus on inclusivity and youth participation. He observed that “the existence of violent extremism has the capacity to influence corrupt practices and other related offences as the off-shoots of insecurity and violent extremism may leave young people jobless and impoverished to the extent to which they turn to the next seemingly attractive option which regrettably, may be corrupt practices”. The ICPC Chairman specifically congratulated the Institute for Peace and Conflict Resolution, and the Centre for Sustainable Development and Education in Africa and the Civil Society Platform for Peacebuilding and Statebuilding for organizing the launch of the reports and asked for more efforts in the drive to end violent extremism and emancipate the youth in Nigeria.

Nigeria’s veteran actor, producer and Nollywood star, Zack Amata was upbeat that concerted efforts, like the research and launch of the reports, were being done by committed individuals and organizations to bring about change and called for the adoption of music, drama and other forms of media for communication in disseminating information that could impact on the orientation of the youths towards positive attitudes that will engender peace, security and development. Amata noted that instead of the prevailing fake news, the social media; Facebook, Twitter, etc could be used to showcase the stuff the youth are made of and to highlight the consequences of negative vices.

Some of the recommendations of the report on the Role of Young People in Preventing Violent Extremism in the Lake Chad Basin as presented included:

Some of the recommendations of the  Independent Progress Study on Youth, Peace and Security included:

It was agreed by participants at the launch that a multi-stakeholders conference on the implementation of the reports and the broader UNSCR 2250 in Nigeria be held in April 2019. 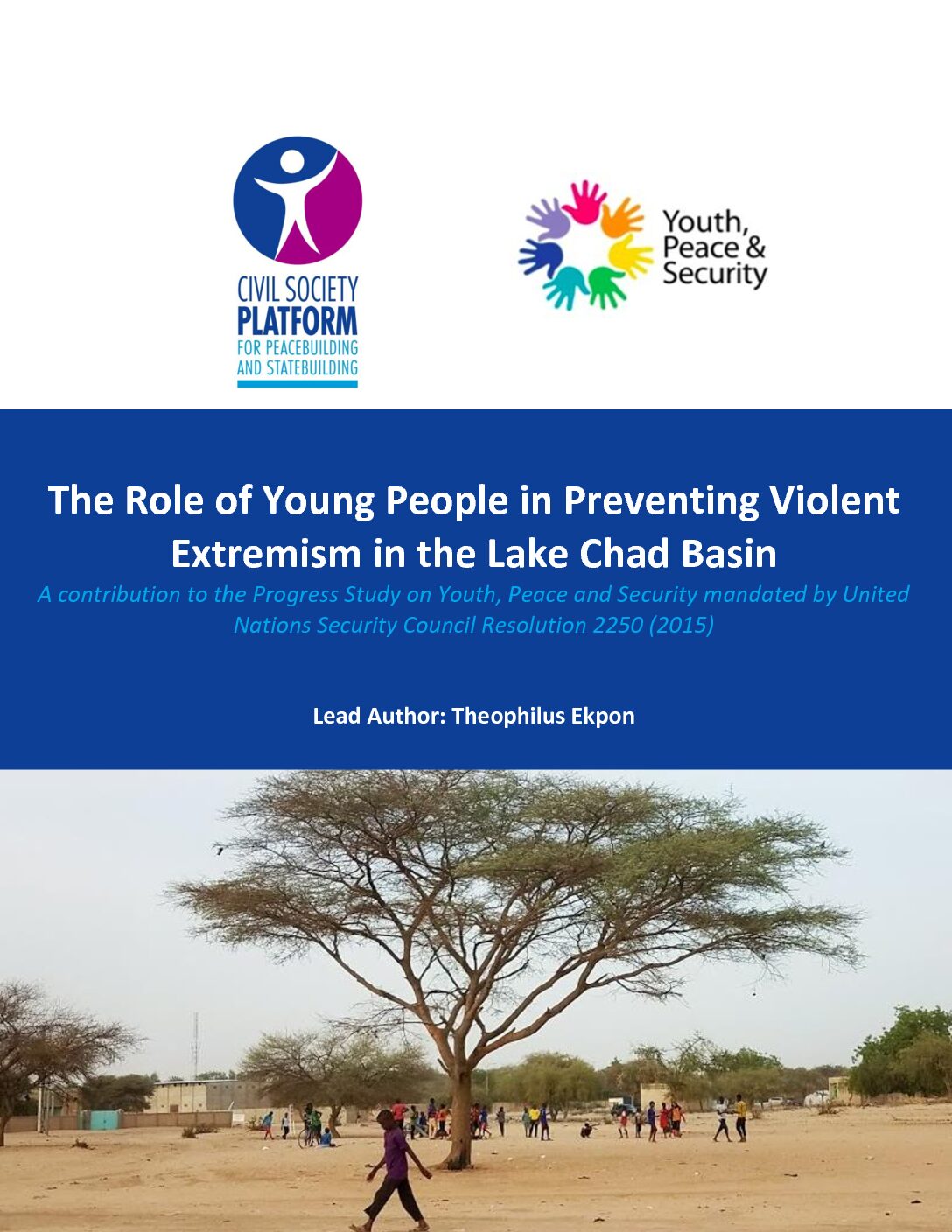 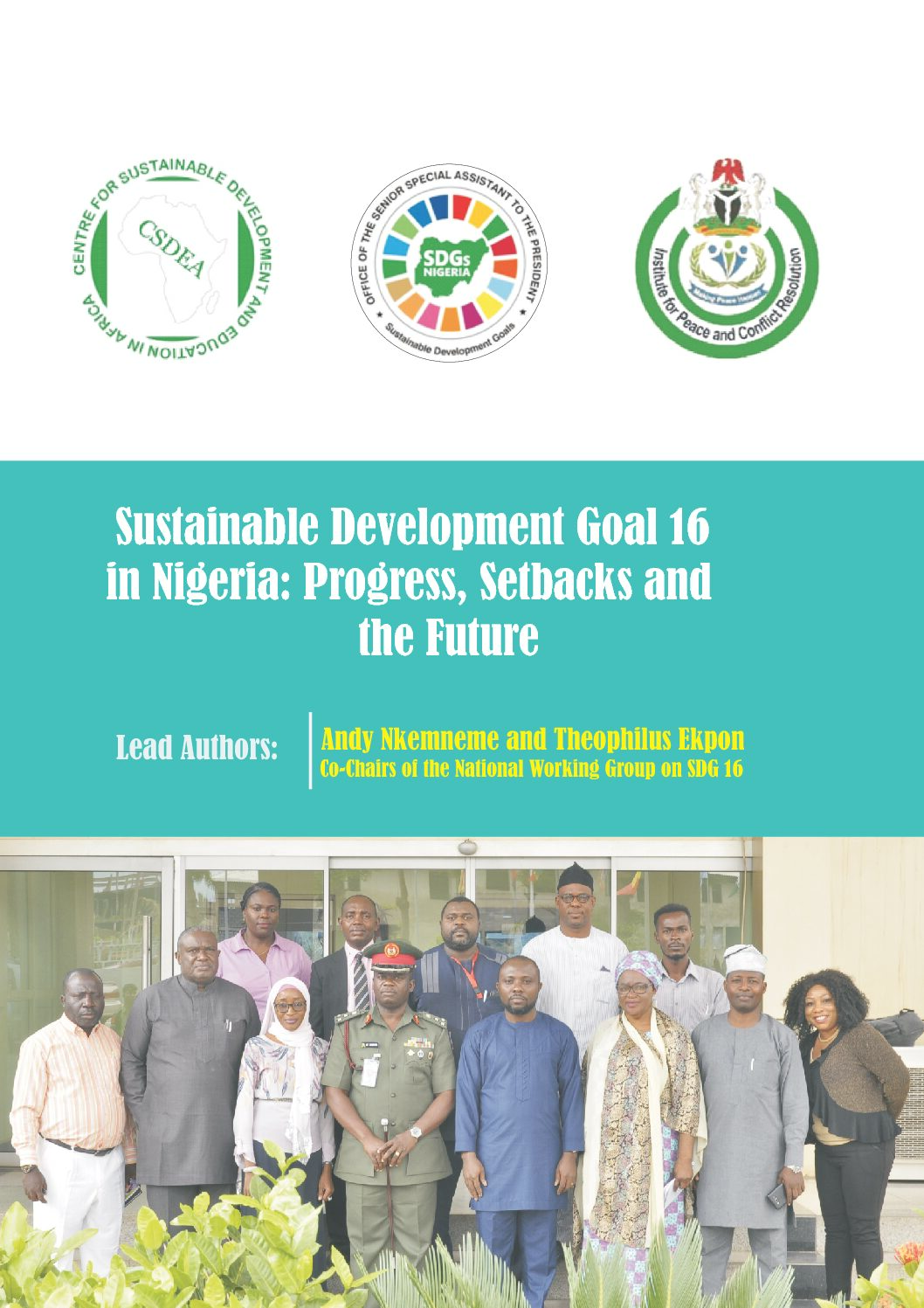 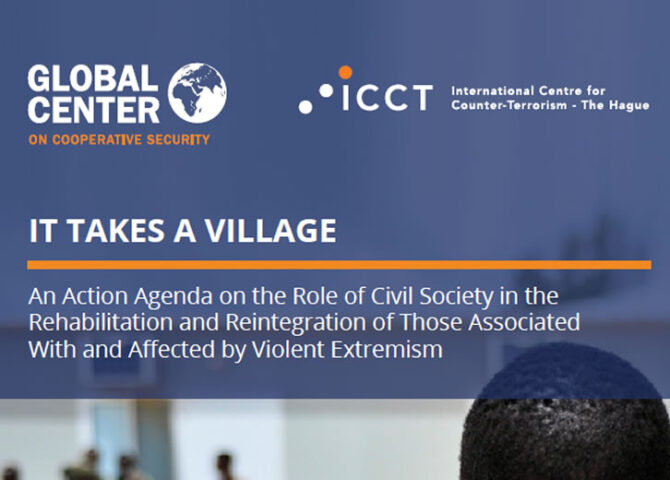 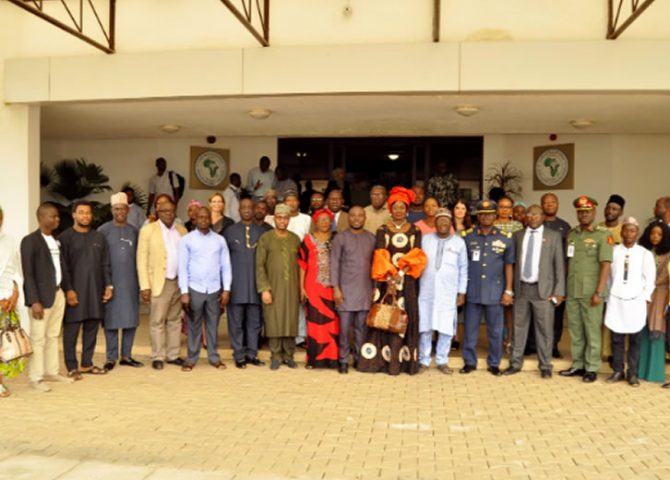 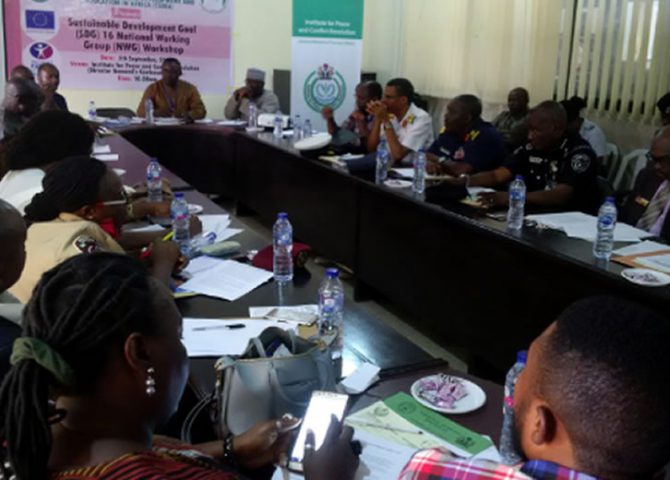 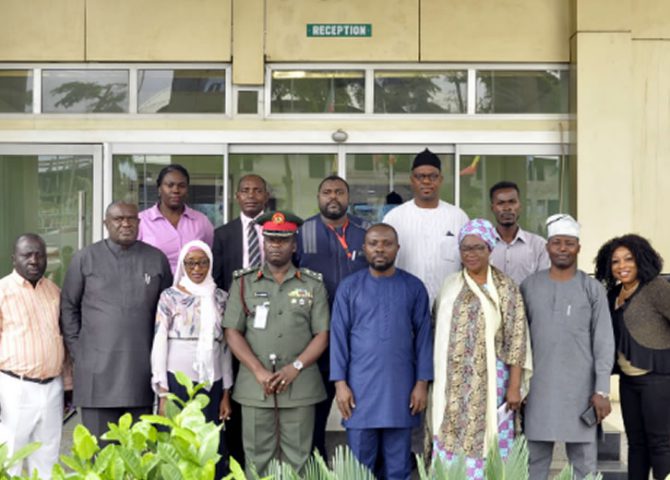 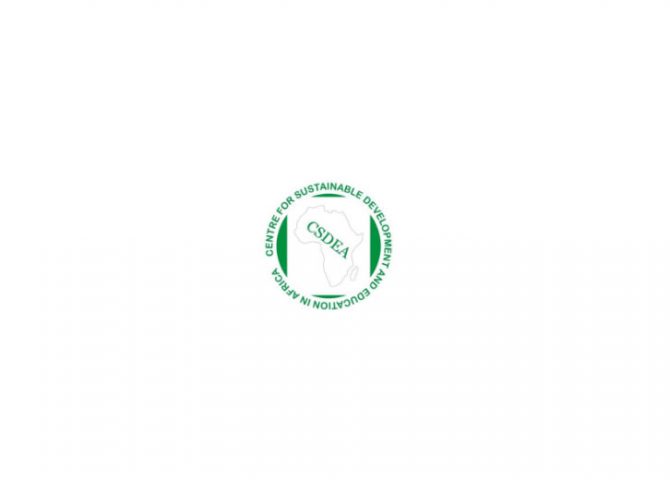 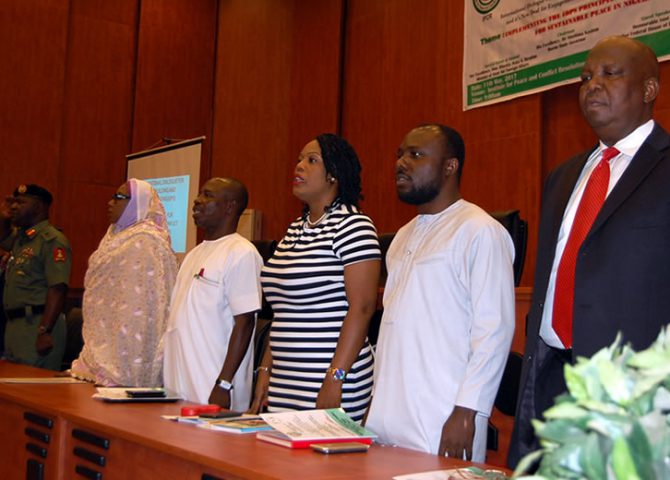 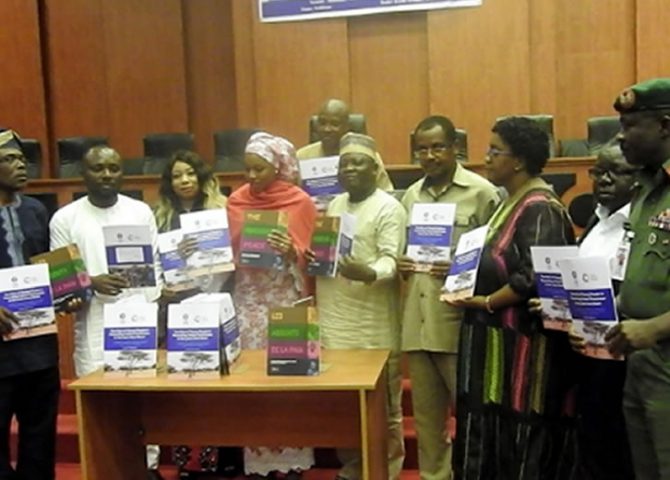